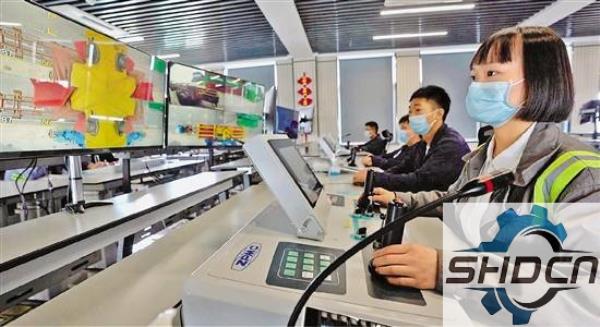 Tian Pingwu (first from the right) in remote control of the dragon gate crane. Reporter He Yuankai

I heard that the annual cargo throughput has won the world's number one in 13 consecutive years, and there is a Longmen hanging female driver. We have been aroused.

The female driver named Tian Pingwu, who is 25 years old, and has the same style with her who looks soft and soft. Her image and post also bring [contrast cute] -This girl, this thin girl, The work on weekdays is actually responsible for controlling the tall and bulky dragon gates.

How do she [Swing] This [Iron and Steel Giant]? With curiosity, we came to the Meishan Port District, Ningbo Zhoushan Port, who came to work in Tian Pingwu.

The sense of technology of the remote control room is full

The port of ports is busy.

[Every second, there is a container entering and leaving our port. ] Mao Jianhong, Secretary of the Party Committee and Chairman of Ningbo Harbor Group, Ningbo Zhoushan Port Group, is quite proud.

In the intricate and colorful operating area, where are the female drivers and her dragon door hanging? Looking up, soon, we locked the 20 -meter -high blue monitor in the distance.

Dragon door crane, also known as door crane, because the metal structure is like a door -shaped frame, and the ends of the main beam are named by the external extension of the cantilever -after all, we have done their homework in advance, and we have a big follow -up. Go towards the target.

[That is the dragon gate hanging, but your Oda master, not there! 】 Meishan Port District's operation and operation department Longmen hanging class employee, post -80s [old master] Ye Yong shouted at us with a smile, and pointed to a small square building in the distance behind him. The control room, Oda was working inside. ]

We followed Ye Yong to the office area with doubt. After glanced at the famous brand, the [Remote Control Room] in Ye Yongkou, the scientific name is [Automated Dragon Gate Hanging Operation Room].

[Our port area has a intelligent dragon door hanging operating system, which integrates technologies such as video surveillance, accurate positioning, the Internet of Things. ] Ye Yong stopped for a moment and continued to explain that [Traditional Dragon Gate Driver, he had to stay in a cockpit of tens of meters high and less than 3 square meters for a long time, and he leaned down and observed through the glass at all times; With this smart device, it is equivalent to moving the cockpit to the computer. That's what it means remotely. ]

There are a lot of operating stations. You can look at it, but there are only 20 operators at the job. [Isn't people and the station corresponding to one -to -one? ] We asked questions.

[You really asked the idea! But I want to sell a bar, you can ask Master Oda. ] Ye Yong said, while taking us to Tian Pingwu's seat.

Although the operators are wearing uniform work clothes, [Staring] Master Oda is not difficult at all -a short hair, Qi Mei bangs, and petite Tian Pingwu. Women.

I heard that our trip is here [Learn], Tian Pingwu said shyly and whispered: [Not difficult or not, you see, see if you see I know a few times. ] It turns out that Tian Pingwu is too humble.

The demonstration session, we just looked at it, and we could feel Tian Pingwu's skill: I saw her gaze back and forth in the three screens of the flowers. Switch on the handle and button. In less than ten seconds, a container weighing 30 tons was hung up.

[Look, in fact, the information on the screen is very clear. 】此时，控制台上又传来新的指令信号，田萍武点下【接受】按键，开始新一轮操作，同时对我们耐心讲解：【最右边的这块屏幕，我们可以看到集卡刚The panoramic view of it; the middle is from the perspective of the Dragon Gate ceiling to look at the four corners of the container being captured below; the leftmost part is the whole process of hanging us in the form of animation. The location and height, etc. ]

Although the distance is far away, as long as the scope of the scope of the stamp is opened into the operating system, Tian Pingwu can control the dragon door hanging skeleton to accurately accurately, whereabouts, and the container. [It seems to be ‘catch doll’! 】we say.

As you say, a string of [exception code] and a line [abnormal information]: The set card is not accurately opposed within the specified time. [This is the situation that needs to be involved immediately. ] Tian Pingwu stared at the screen change. At the same time, through the intercom of the console, he contacted the driver of the set card in real time. ] Tian Pingwu continued to control until the task was completed until the task was completed.

[It really looks like 'grabbing doll'. However, our requirements for accuracy are much higher. ] Tian Pingwu said seriously that the pier was safe and small. In special circumstances, the operators must be dealt with quickly when they encounter abnormalities in the box, lane congestion, and extreme weather. ]

[What are the extra operating stations? ] After Tian Pingwu touched a little door, we remembered the [little question before class].

[Controlling 60 remote control dragon door cranes in the port area, only less than 20 people can be controlled. The remaining stations are used for daily remote control training, equipment debugging and emergency standby of the team. ] Tian Pingwu told us that remote control operations, one personYou can [in charge] more than 3 equipment, and the average of more than 260 containers per person per person is not a problem. 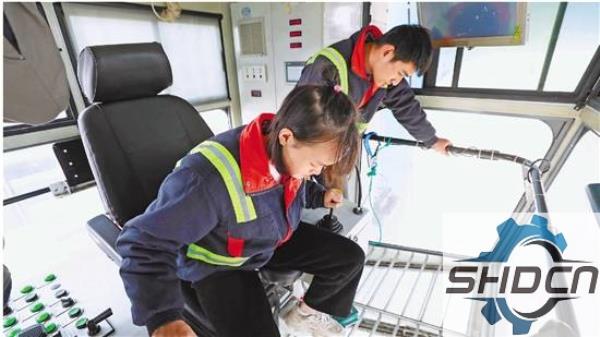 Looking forward to more [her] power

After a busy morning, the team's lunch time has arrived. A little girl, how do you think of joining the Longmen hanging team? Since the entire Ningbo Zhoushan Port before, there have never been Longmen hanging female drivers. How did Meishan Port District determine this [bold] decision?

[We are not limited to gender, but in the past impression, Longmen hanging drivers do both individual work and 'bold work'. In particular, you have to climb down from the crane and climb back. It is really inconvenient for women. ] Yu Lihui, the head of the Longmen Hanging team in Meishan Port District, couldn't help feeling that [such a working environment, it is false to say that it is not difficult. ]

[I'm not afraid of suffering, good energy is not afraid! ] Tian Pingwu said that she has been married for a few years since Yunnan, her husband Mini Tower Crane is at the stairs in Meishan Port District Mobile Tower Crane . There are more, there are more cars, and there are many cranes, so I want to take a look. [I don't know that I am the first female driver, I just look at all conditions, let's try it! ]

In June last year, when Tian Pingwu came to apply, Yu Lihui was surprised and surprised. [The problem is not big! Since Oda is willing, we might as well borrow this opportunity to start a ‘lady army’ from cultivating her. ] Yu Lihui said.

[The first time I crawled the escalator and went to the dragon gate to hang the cab, I was particularly nervous. ] The first lesson of Tian Pingwu's job training was to receive the test of traditional dragon door cranes.

The post -90s Wang Lu Bin on the side was one of the teachers of Tian Pingwu. He told us that although the dock has introduced new technologies and everyone's working environment has also improved very much, Liebherr Tower Crane If you do not actually feel the work scene and work process of traditional dragon gates, in the work process, work When remote control, it is difficult to establish a clear and intuitive concept. [This is over to be handy. ]

[The entire Ningbo Zhoushan Port is empowering the world's first -class strong port through digital empowerment. Now, we need toSeeking, it is more that when they face sudden conditions, they must have a stable psychological quality and fast response ability -women have advantages in patientness and carefulness.] Yu Lihui said that Tian Pingwu has played a leading role. In the new batch of Longmen hanging training courses in Meishan Port District, another 5 more [quasi] female driver.

[Master Oda can do it, we will be aligned with her, and we will definitely do it!] For [Tian Pingwu], the dragon door crane is no longer [Iron and Steel Beast], but a powerful hand that can support his ideal ideals. 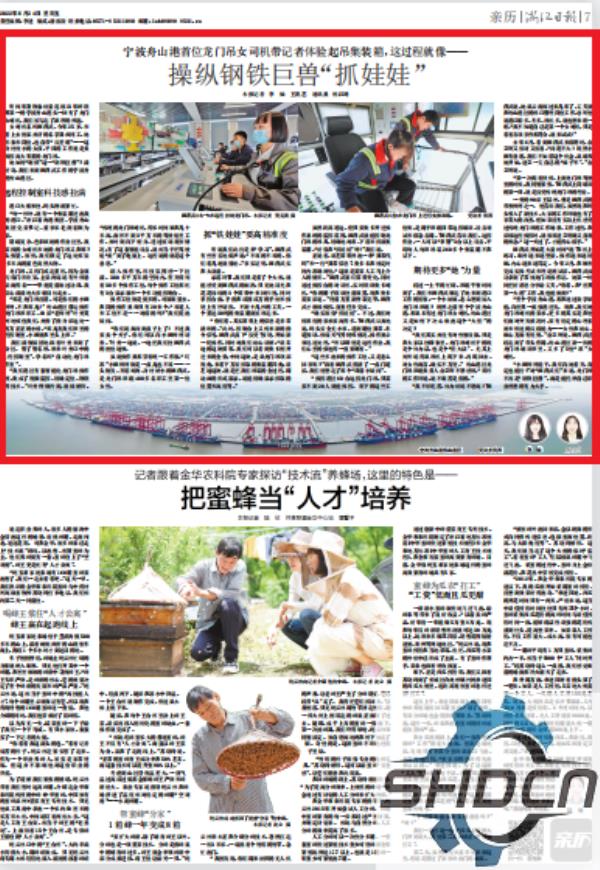